Skip to Content
Home General The burden of addiction

Addictions can have serious consequences for those affected. It is often forgotten that people from the social environment are usually also affected. Especially children and adolescents of addicted parents are affected, but also partners of addicts.

In the evening I always imagined that I would kill him – or whatever evil came to my mind that I could do to him. Then, at two o’clock in the morning, I prayed that he would come home safe and sound. If that was the case, I was in the mood to kill him again.” This is how the wife of an alcoholic husband describes her ambivalent feelings.

The quote comes from an article by British psychologist Jim Orford. Together with other scientists, he examined the situation of relatives of addicts. “Dependence in the family is a central but often ignored cause of the poor health of adults worldwide,” the research team writes in its article.

It is not only adults who suffer under these difficult circumstances, but also the children of addicts. Research work on this topic makes it clear that children and adolescents with an addicted parent are severely impaired in their development and have a high risk of mental disorders.

In Germany, around 1.8 million people are dependent on alcohol. That alone is an enormous number. However, the number of people actually affected by alcohol dependence is significantly higher. The German Head Office for Addiction Issues (DHS) estimates that up to 8 million relatives live in close community with an alcoholic, including about 2.65 million children. In addition, there are the relatives of people who are dependent on illegal drugs, medication or excessive gambling.

However, while relatively much is known about the group of drug users, there is relatively little information about their relatives. Because the relatives have no diagnosed illness, no regular contact with the addiction help system and they are only rarely noticed in public. In addition, relatives – unlike addicts themselves – are often not perceived as needy.

However, the burden on relatives is enormous. Jim Orford and his team have conducted interviews with relatives of addicts in several countries. A key finding was that concern for the health of the dependent family member caused considerable stress to relatives.

Stress is mainly caused by the lack of accountability of the dependent family member: It is not unusual for relatives to bear sole responsibility for the well-being of the family. Both financially and in terms of family cohesion. In many cases, addictive behaviour leads to conflicts within the family. Unreliability and aggressive behaviour up to domestic violence determine the domestic climate.

Children and adolescents in particular suffer from the often unpredictable behaviour of the addicted parent. Mothers and fathers suffering from addiction often have extreme mood swings. Sometimes the children are pampered excessively, then punished excessively again. This leads to a highly ambivalent attitude on the part of the children, who on the one hand despise the addicted parent, but on the other also care for him. Last but not least, they experience more arguments between the parents than other children.

As if that wasn’t bad enough, some children blame themselves for their parents’ addictive behaviour. In children, these circumstances often lead to the development of negative self-esteem, self-hatred and feelings of guilt.

Given these pressures, it is not surprising that relatives of addicts often suffer from depression, anxiety disorders and sleep and eating disorders. It is not uncommon for relatives to take their own medication or drugs to relieve themselves. The risk of addiction is up to six times higher for children from families with addiction problems than for children from families without addiction problems. 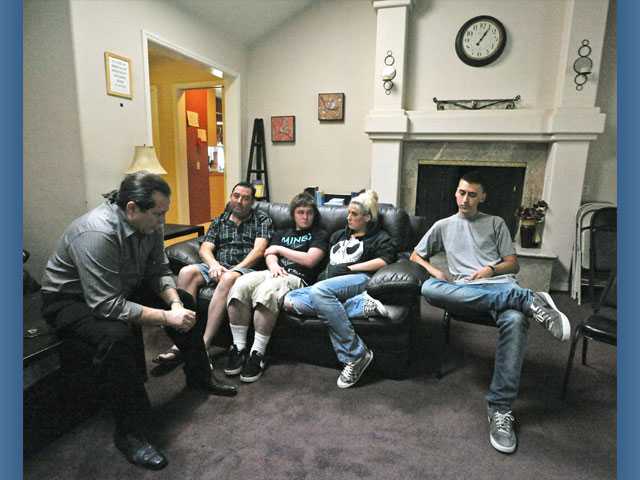 In addition, relatives of addicts, especially their partners or mothers, are often confronted with the accusation that they themselves share responsibility for the addictive behaviour of their partner or child. One reason for this is the still widespread concept of “co-dependence”.

The concept is based on the observation that relatives sometimes unconsciously support consumer behaviour: In order to maintain family, partnership and living conditions as well as possible, they try boarding schools for troubled teens.

For example, the wife reports the drunken husband sick at work, cancels family appointments with excuses or finances alcohol consumption through her own income. This behaviour, however, also leads to a reduction in the pressure of suffering and the motivation to change one’s own consumption behaviour.